6 years ago
Peter Wilcock
Luxury Design: Inside & Outside by Pete Wilcock, VLK News 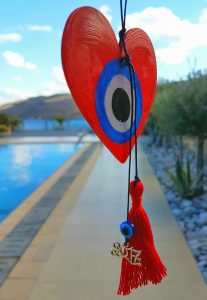 2017 is here and, of course, we are at it again! A new year always herallds a spike in our creativity and so it is all change at the villa with plenty of improvements, alterations and additions either bubbling away in our tiny minds or indeed already underway. I enjoy this time of year – and it is time to start teasing some of what we have lined up at VLK on Rhodes www.rhodesluxuryvilla.com over the next few months… 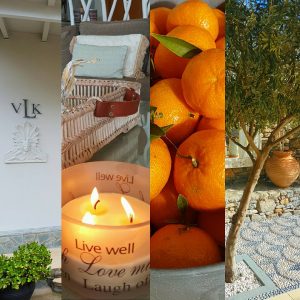 For the rental season at the villa (spring, summer, autumn) it’s never proved too difficult to deliver a good first impression at the entrance to VLK. The sun is invariably shining and each of those three mentioned seasons deliver an abundance of colour with our extensive planting of roses, succulents and fruit trees that pack out the surrounding borders and ornamental planted pots. So beyond our sliding gates we’ve always been reasonably pleased with what our visitors first experience on arrival. But, staying true to the content within these blogs, were we entirely satisfied? Of course we weren’t! This was certainly the case with the overall external appearance of the villa.

On Rhodes, just like many holiday homes abroad, some people have had serious nightmares coping with the quality and likely longevity of their build. With hindsight, I found some of the ethics by some so called “professionals” involved in the buying process questionable (to put it mildly!) – but luckily the developer of this villa did at least build to an extremely high standard. But from the outside, the villa is ostensibly a box. And it is painted in peach! 1980`s bridesmaid dress peach!

The box appearance could be described as sleek and contemporary – and I don’t doubt for one second I will have used those words at times to embellish! But for me as a building, no matter how amazing we have made the gardens and the interiors, the appearance of the house barely registered as…well…anything at all. Bland. Forgettable and also very hard to photograph.

The uninteresting appearance of the house was diminished further by the colour chosen by the developer for the eight villas he built. Peach has always made me squirm but, surprisingly, we had conformed over the years to those very colours. But slowly the uniformity of all eight properties has eroded as the owners, quite rightly, introduced their own ideas – and the variations on the peach became wider. Although all of the owners have kept their houses in pastel and calming tones some have moved away from the peach entirely – and at VLK we will be doing the same this year…

With our new colours already chosen, mixed and ready to apply later in the Spring it was time to think about making the building itself visually more appealing and interesting – certainly from that first impression point of view. A porch over the front entrance was the obvious option. A main entrance porch adds kerb appeal and can look very welcoming – far better than just seeing the front door as you approach the house. For ourselves it was about adding a new dimension to the property with some nice design and utilising some attractive materials. There was no question of an elaborate extension and so a porch was an appealing option. We are not adding a new room – but we are creating a new entrance. If done correctly this porch would be a very effective and worthwhile home improvement project. 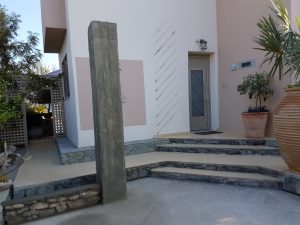 Four wide steps lead up to the front door and this area is pretty wide at approximately three meters. So we needed the porch to impress by being wide and tall. Substantial was the key word we kept using when dreaming this design up – and it needed to impress and transform at the same time. Working with our regular builder (who built our stone walls and decorative seating found throughout the garden) we created something that achieves all of that.

The porch consists of a sloping light terracotta tiled roof (so, thinking about it, we never quite eradicated the peach – but the tiles are beautiful and are something we have always wanted to introduce) fixed onto a strong frame that creates, internally, a beautiful beamed ceiling. Fastened onto two of the walls the structure then rests thirdly on top of a large reinforced concrete built pillar – itself then clad in light grey stone. 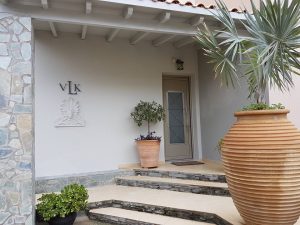 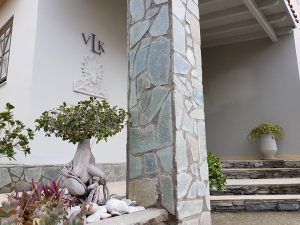 We are always keen to add more garden space so we worked in an adjacent stone planter to house two (previously potted and located on the sun-deck) bonsai trees. It just adds a nice extra detail and the planting instantly matures and softens the overall new look.

To tie in nicely with the stone pillar (and the existing stone walls) the colour chosen to paint the wooden frame of the porch was a very light, subtle grey. Soft greys (in two tones) are also the chosen colours for the repainting of the whole of the house later in March. 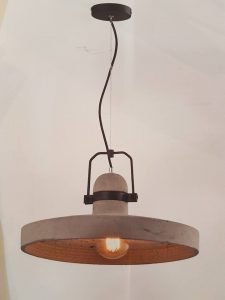 To complete we are adding three large concrete ceiling lights that will be on a dusk til dawn setting – allowing for constant illumination in darkness – and at the same adding a striking design touch to the finished porch. 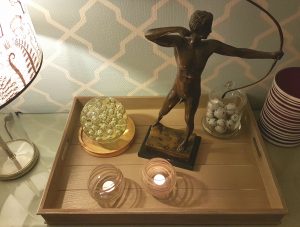 So 2017 is already off to a good start – and we’ve not finished yet…We have several new ideas dreamt up that will all be in place by the time we start the new season for our guests. This includes some subtle changes to the main bathroom (in preparation for some more substantial alterations hopefully in 2018), a number of lovely new decorative touches, further imaginative planting, fresh new towels and bedding, new sun beds (yes, we got bored with the trendy bean bag ones already – although the large double bean bag bed will remain) – and much more. I am also keen to introduce on site products from this company https://www.tincturelondon.com/shop/ So watch this space…

With plenty more news in the coming weeks there is no resting on our laurels or past successes – the wheels keep turning at VLK. And importantly it remains great fun and a genuine pleasure to put together for our guests to enjoy! 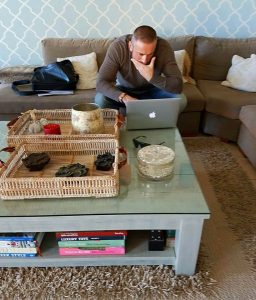 Earlier blogs by Pete at http://rhodesluxuryvilla-com.stackstaging.com/category/inside-outside-luxury-design-by-pete-wilcock/ 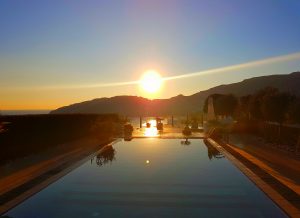